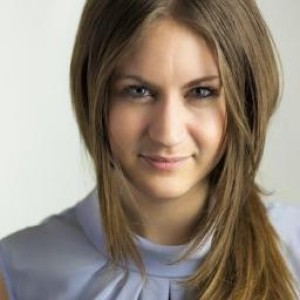 Marketing plant-based food has proven a fun and interesting challenge for plant-powered brands. Their marketing strategies have contributed to their exponential growth as consumers become willing to go meat-less. What can we expect now from larger manufacturers, and can they challenge the challengers?

The Good News in Plant-Based Foods

It’s no longer weird to be vegan. It’s not even just a January best-intentions-new-year-resolutions thing. Veganism is officially mainstream.

A long-standing monthly challenge, where previous meat or dairy eaters opt to forgo animal-based food products for the month, had 582,000 people from 209 countries and territories who took part in Veganuary 2021, breaking all previous records. What’s perhaps more telling is that of those participants, 40% intended to stick to their vegan diet, and 85% of participants will permanently change their diet either by staying vegan or at least halving their intake of animal products.

1000heads looked at favourable mentions overtime during a brand fame analysis of some of the biggest meat-free food brands in the world (from Beyond Meat to Linda McCartney). Interestingly, November saw the most significant peak in mentions, suggesting that meat-free foods now mirror mainstream food brands in that Christmas is the most critical driver of demand and conversation.

The plant based food market is taking note. The alternative protein industry raised $3.1 billion in investments in 2020 — three times more than in any single year in the industry’s history. Veganism is very much a big business. According to Mintel, UK sales of meat-free foods increased by 40% between 2014 and 2019. What’s more, one in six food products launched in the UK in 2018 had a vegan or ‘no animal’ ingredients claim, doubling from just 8% in 2015. As of 2020, every major supermarket in the UK had its vegan range.

As for the impact of the pandemic? Between January 2020 and 2021, Deliveroo revealed its vegan takeaway orders shot up by 163%.

In short, the answer is not necessarily as straightforward as there simply being more vegans (though there are more). According to the Veganuary 2021 survey, motivations for going vegan stem from wanting to be kinder to animals (46%), personal health (22%) and the environment (21%), which are, of course, universal consumer motivations to varying degrees.

The significant shift in consumer demand is not the rise of veganism but that of flexitarianism. Sainsbury’s ‘Future of Food’ report states that, “Vegans and vegetarians look set to make up a quarter of the British population in 2025, and flexitarians just under half of all UK consumers.”

Challengers To The Front

This magic formula of controversy, playfulness and social media-first marketing is winning the battle with consumers. Challenger brands embrace the slight distrust of their products and send it up to create advocates, all ready to welcome them just how they are.

One brand doing so successfully is Oatly. Instead of normalising the drinking of oat milk, they are denormalising the drinking of cow’s milk. It’s a bold tactic, relying on their consumer audience having a shared sense of humour and desire not to take themselves too seriously. They’re not trying to shame anyone, but they are trying to provoke what can only be described as ‘the ickiness’ of it all.

Clever copywriting such as, “It’s like milk, but made for humans,” coupled with an ‘Oat-Punk’ attitude on their social channels, which frankly reads like they don’t give a crap whether you buy their product or not are bringing consumers to the fold.

In possibly their bravest move to date, Oatly printed feedback from a consumer saying that plant-based milk tastes like ‘shit’ on their packaging.

Oatly is fierce and fearless in their marketing because they can afford to be. They are a challenger brand in a challenger space. Not all brands can afford to behave with this much reckless abandon; they have audiences to maintain who come with expectations of what they want from them. However, what Oatly and a lot of FMCG marketing in the space have in common is what they call their products.

Language is essential in a plant-based food marketing strategy. Not long ago, it was strange to be vegan, garnering images of seed-eating, sandal-wearing outsiders (no disrespect whatsoever to sandal obsessives or legume lovers). The term ‘vegan’ itself can still be a loaded term.

To combat this, brands turned to alternative terms such as “meat-free” to distinguish themselves from dated stereotypes. However, with “meat-free” suggesting some form of ‘lack,’ it is “plant-based,” which is winning the product marketing word-steaks (pun intended) by marketing plant-based food as a lifestyle choice rather than a deliberate omission.

But language has a different role in plant-powered marketing, and that is the role of word-play. It’s milk, but it’s legally not allowed to be called milk, so it’s Mylk. It’s not meat, but better, so it’s Beyond Meat. It’s so close to a beef burger; you could even say it’s impossibly so, so it’s the Impossible Burger.

Brands are managing to insert the non-vegan item into their brand name and are doing so artfully. Meatless Farm banked on this love of naughty language when they launched their campaign leading with the tagline, “This is M… F… Meaty Mince.”

This has exciting possibilities for social media marketing, not just in thinking of ways to get around rules for swearing on social, but making the tone of voice a vital part of the brand personality. Food and beverage brands have always relied on injecting fun through wordplay, but for vegan, plant-based, meat-free alternative products, this is rich territory.

And conversely there’s Beyond Meat, whose marketing strategy does touch on the benefits of not eating meat through stats and graphs that encourage consumers to think differently about food. But for them, it’s all about behaving as close to the real thing as possible.

Think big, juicy, cheesy, bleeding burgers. Think TikToks and Reels dedicated to replicating the famous burgers of New York diners. Influencers imitating a Big Mac with nothing but some plant food. It’s all about getting us as close to the real deal as possible. Nothing is missing; you can eat everything you used to, only better, with more health- and planet-conscious decisions.

For social media marketing, this presents an exciting opportunity for brands. The whole world of vegan food is an experiment. It means that brands like Quorn can introduce their twist on Turkey Dinosaurs and call them ‘Roarsomes’, and it also means that Oatly can be outright punk and not risk alienating their consumer base. By being innovative in the plant-based food market, these brands can afford to be daring in their marketing too.

Buoyed by the success of challenger brands in the space, commercial brands and supermarkets have followed suit. With Asda trialing vegan butchers in Watford and Gregg’s expanding their vegan offering, the popularity of vegan and meat-alternative products does not look like it’s slowing down any time soon. Giant corporations such as Unilever and Nestle are expanding their plant-based offerings to meet this consumer demand. As they do so, they should bear two critical pieces of advice in mind:

🥦Vegan and meat-alternative foods are here to stay. If you want to watch the vegan revolution happening in real-time, check out our Brand Fame Dashboard. It’s completely dynamic, meaning you can track social conversation over time to show the brands leading social media advocacy in the plant-based industry.

Want to stand out from the noise and identify advocates for your brand? Let our experts help! Contact us to see how 1000heads can support your business.