Tim Berners-Lee, the creator of the World Wide Web, is officially launching his plan to “fix” the internet with – The World Wide Web Foundation, a non-profit campaign group which already has backing of tech giants such as Facebook, Google and Microsoft. Berners-Lee is due in Berlin, Germany today to discuss how the contract will serve as a blueprint for governments, companies and citizens to safeguard the web.

“We’re launching the contract for the web for the world’s first-ever global action plan to protect the web as a force for good, bringing together companies, governments and citizens from around the world to say these are the things that need to be done to put things back on the right track.”

Other organizations backing the contract include DuckDuckGo, Reddit, GitHub and Reporters Without Borders. 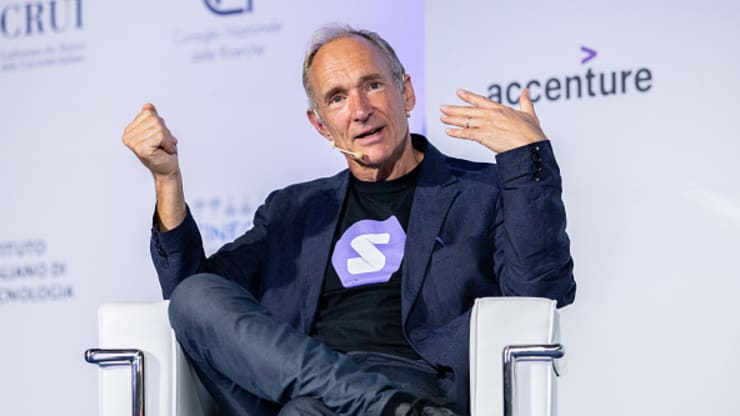 Another challenge for the trolls. On Thursday Twitter said that the “Hide Replies” feature would now be available to all global users. In effort to tame trolling they have implemented this change to balance the conversation on Twitter by putting the original poster back in control of which replies to their tweets remain visible. Twitter’s thinking is that if people know that hateful remarks and inappropriate behavior could be hidden from view, it will encourage more online civility. This has been quite the debate as the other side claims that people could use the “Hide Replies” feature to silence their critics or stifle dissent, even when warranted — like someone offering a fact check, for example.

What is your vote? 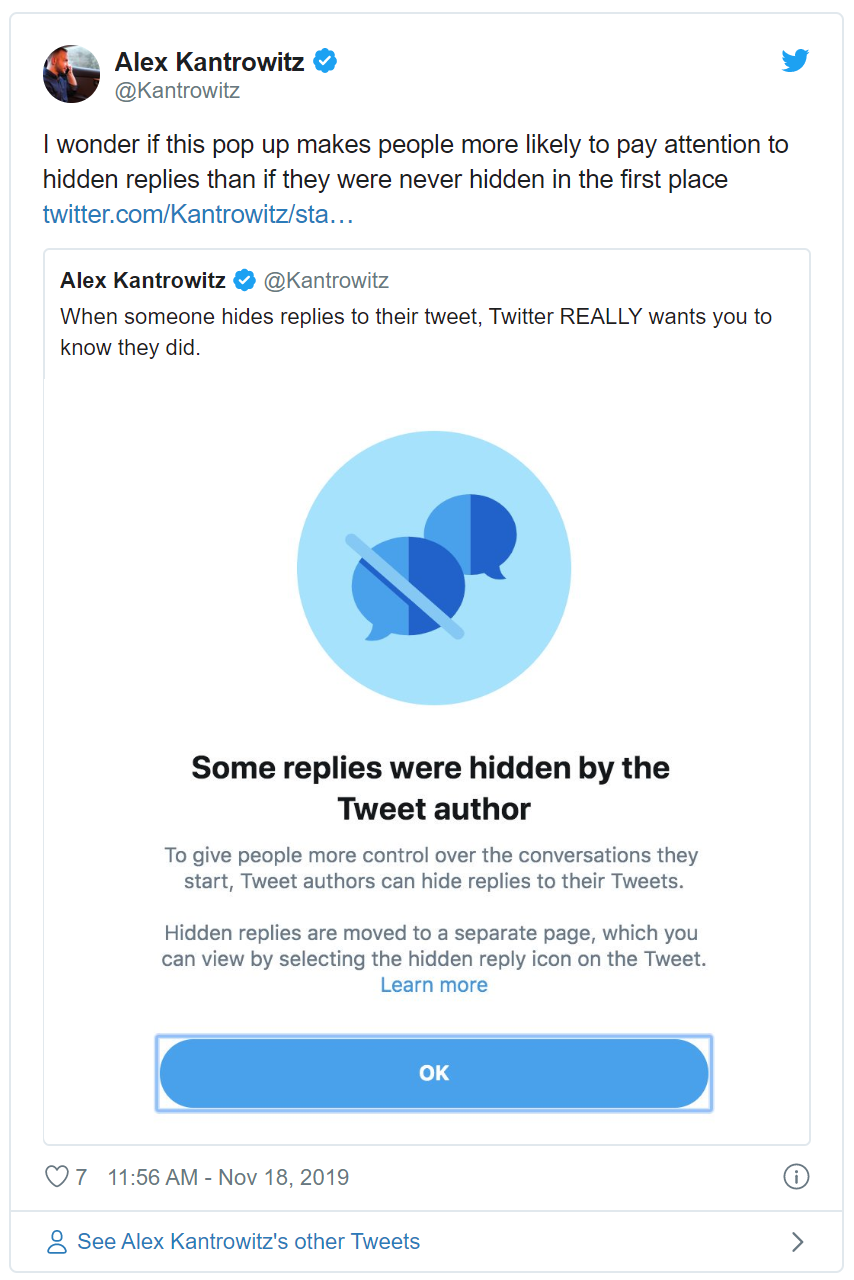 Snapchat said in their 2019 second quarter earnings call that 7 to 9 million of their most recently added users came to the platform because of its AR filters. The latest filter takes users on an aging journey where they can use a slider to begin morphing from a toddler up to an elderly person. The filter was rolled out to users globally on Wednesday and is available from users’ lens carousel at the bottom of their camera interface. With their latest commercial it seems this is an effort to showcase that people are using their features outside of the app showing how to use the filter as a TikTok meme. Check out the ad here: Introducing Time Machine – Snapchat 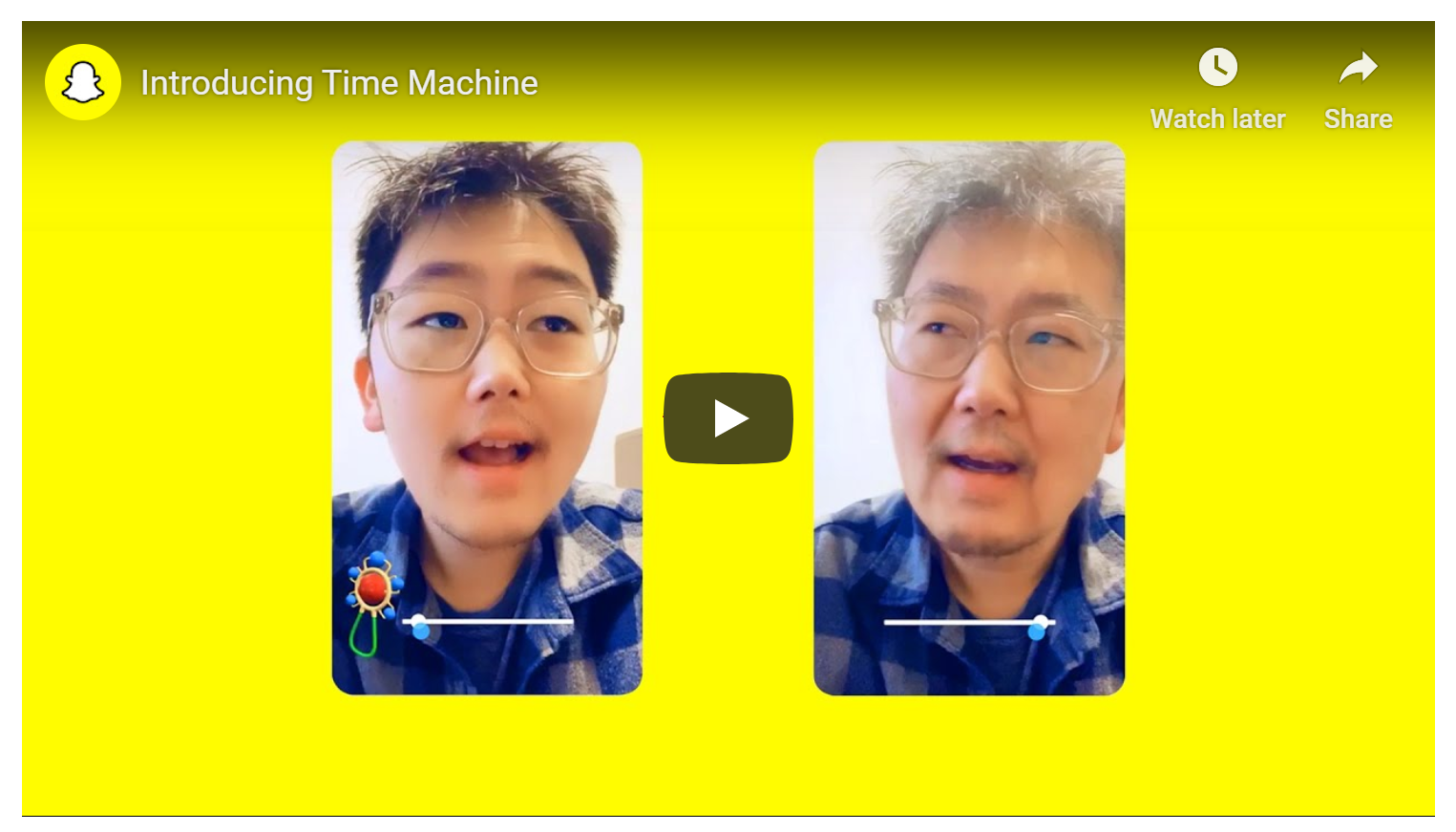 Google is joining the likes of Twitter with their new political ad targeting restrictions. Announced on Wednesday, political campaigns that buy ad space on Google Search, YouTube, and Google-powered display ads on websites will no longer be able to target ads based on a person’s political leanings according to their online activity, or data gleaned from public voting records. Targeting will be restricted to “general” categories such as, age, gender and zip code.

Scott Spencer, Vice President of Google Ads product management, said “Political advertisers can, of course, continue to do contextual targeting, such as serving ads to people reading or watching a story about, say, the economy. This will align our approach to election ads with long-established practices in media such as TV, radio, and print, and result in election ads being more widely seen and available for public discussion.”

Google is the latest tech giant to update its policies regarding how political ad campaigns are conducted online. 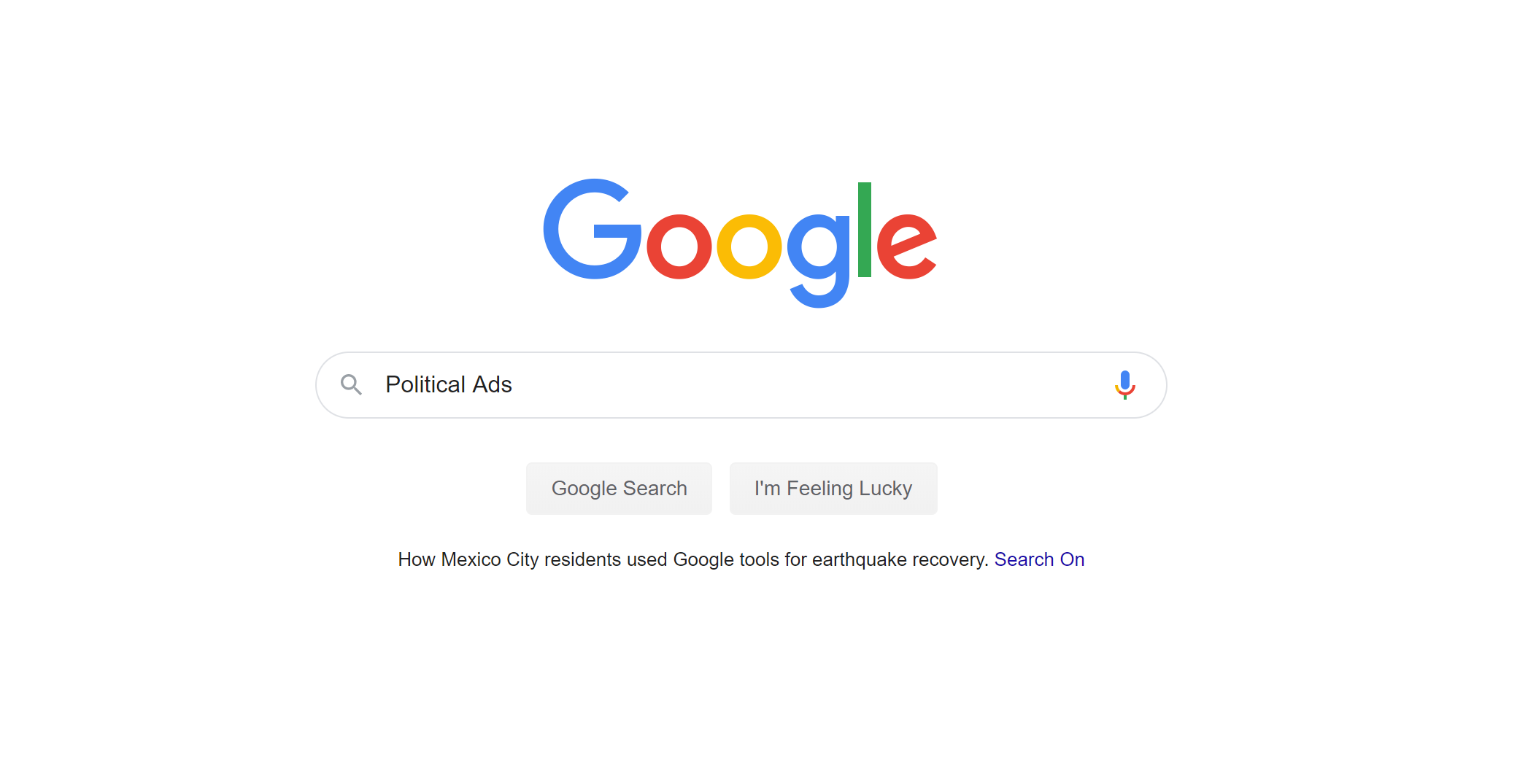 As the holidays quickly approach Snapchat is offering advertisers the option to extend their 6-second non-skippable ads to three minutes. That said it’s not quite what you may think. They haven’t lost their minds and are now pushing non-skippable three-minute ads they are just allowing the viewer to continue watching if it is of interest to them. “The Extended Play Commercials are a great option for online video and TV buyers. Heading into the holidays, this format is a powerful new way to reach our Gen Z and millennial audience in Snapchat’s premium, brand-safe Discover content,” said David Roter, VP of global agency partnerships.

The Extended Play Commercials are now available in closed beta, with whitelisted advertisers able to access them, however, any advertiser can request access to the beta test through their sales representative or via Ads Manger. 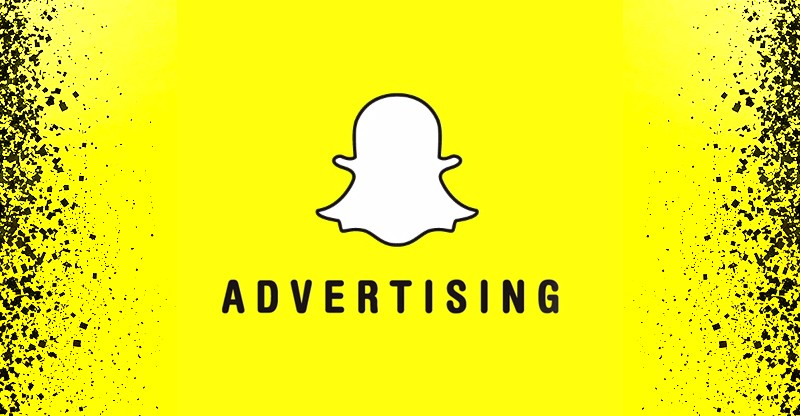